What you should know about immunity 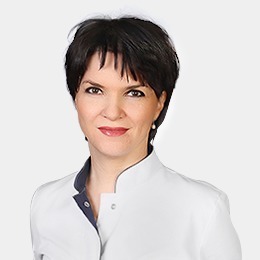 TO. m. n., a senior researcher at the department of immunopathology FGBU "SRC-Institute of Immunology» FMBA of Russia, assistant professor of immunology ICF RNIMU them. N. AND. Pirogov medical consultant Fund "Sunflower».

What is the immune system

Our immune system - a complex puzzle of cells and solutes, central and peripheral organs. The word "puzzle" is not by chance it turned out: the human immunity is still, despite the discoveries of recent years, largely mysterious mechanism. But there is no doubt that it all starts with the bone marrow and the thymus gland (located behind the breastbone) - is the central organ of the immune system. There are produced and studying the cells that protect against viruses and malware bacteria.

These cells - lymphocytes, monocytes, eosinophils, basophils, and others - to move blood and lymph throughout the body, looking for "enemies." Each type of cell performs a specific function: recognition of the enemy, capture or "murder". There are cells that coordinate the "attack" and "retreat". And only together in a complex way by interacting with each other, they perform immunological surveillance.

Other details of the immunological "puzzle" - lymph nodes, tonsils, spleen, clusters of cells in the intestinal wall and lymph vessels - are peripheral organs. All of them, as well as the result of their interaction is the immune system.

If you just simply, the work of the immune system - is its cell activity to maintain a constant internal environment. The immune system is to protect the body from external impact (detects and destroys the alien viruses, bacteria, and mushrooms) And own-cell mutants - and auto-aggressive tumor cells (ie, cells that action is directed against its own organs and tissues).

Immunity congenital and acquired helps us throughout life to cope with disease-causing organisms.

With the first we are born, and it is less effective, since its effect is not specific. Second formed throughout life when the immune system "remembers" the pathogenic microorganisms and re-encounter with the same agent having a highly targeted opposition.

It should be understood that the innate and adaptive immune system can not work without each other, it is also a system.

Is it possible to boost immunity

For most immunomodulators, Which are sold without a prescription in Russia, there is no evidence of effectiveness, therefore, on the shelves of pharmacies in the European countries these drugs you will not find.

There is no objective evidence that any of immunomodulators is able to reduce the duration of cold or flu for at least one day.

Immunomodulators actually modifying the disease, are used in other cases (e.g., viral hepatitis, heavy furunculosis), and other doses and applied strictly by prescription.

Moreover, since the immune system - it is the most complicated "large object", which has not been studied thoroughly, uncontrolled reception of immunomodulators in rhinitis or even the flu can do more harm than good in the distant future.

Do not believe me - visit immunologist, and he is likely to advise you the only reliable immunostimulant: tempering, proper nutrition, adequate sleep, as well as other components healthy lifestyle.

However, there are times when the body really needs the support of the immune system: when the primary (congenital) or secondary immunodeficiency. Secondary occurs when severe concomitant diseases (e.g. HIV infectionWhen the virus directly affects immune system cells). Or under the influence of aggressive external factors (chemotherapy, radiotherapy).

Primary and secondary immunodeficiency - a serious disease that can not be self-healing and immunostimulant of handouts.

Smoking, poor diet, lack of exercise are not directly proven effects on the immune system, but lead to the development of related diseases - chronic bronchitis, smoker, obesity, diabetes - and break the barrier properties of the body, making it more susceptible to infections. However, the immune system has nothing to do with it.

What happens when the immune system gives failure

If a person has a true immunodeficiency, this risk is not just part of it, namely, severe infections. These infections are not SARS, it is a question of repeated episodes of pneumonia, suppurative otitis, sinusitis, meningitis, Sepsis and other diseases. Since the immune system protects us not only from outside but also internal enemies, the manifestation of immunodeficiency may be the occurrence of cancer and autoimmune diseases.

How do we know that the immune system should be checked

For such cases, there are warning signs of primary immunodeficiency, developed by the international community of physicians-immunologists and adapted for Russia with the support of "Sunflower". It must be remembered that although the primary immunodeficiency - congenital disease, it can occur at any age: in 30 and 40, and 50 years.

If you find in yourself or your child at least two of these symptoms should see a doctor. Better - expert immunologist.

All for man: a mixer, all-terrain vehicle and raincoats
Purchases