The idea is to help fight poverty

The poor often borrow money, do not have savings, lead unhealthy lifestyles. Some believe that poverty - a defect of character. Historian and writer Rutger Bregman disagrees. The poor people do not have money, and it can be changed. 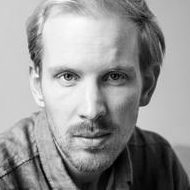 Dutch historian, author, supporter of the introduction of a basic income.

Eldar Shafir (Eldar Shafir), a professor of psychology at Princeton University, spent together with my colleagues an interesting studyPoverty Impedes Cognitive Function among Indian farmers growing sugar cane. They get about 60% of the total annual income immediately after harvest. It turns out that one of the year farmers live in relative poverty, and the other - in the relative wealth. The researchers asked them to pass an IQ test before and after harvest. And before the harvest, they showed the worst results. The living conditions in poverty have led to a loss of 14 points IQ. This is comparable with the effect of a sleepless night, or the consequences of alcoholism.

When people lack something, they make the worst decisions.

In this state, it is impossible to think about the long-term prospects. George Orwell, in 1920 experienced poverty, wrote that it "destroys the future." Poor people make stupid decisions, not because they are stupid yourself. In the conditions in which they live, anyone would have done the same unreasonable.

Way out - an unconditional basic income

Modern economists suggest different ways to solve this problem. For example, to help the poor with the paperwork or send messages to them, so they do not forget to pay your bills and do not accumulate debt. This solution is particularly appeal to politicians: it almost does not need to spend money. But it only eliminate some of the symptoms, but not eliminate the problem entirely.

So why not change the living conditions of the poor? More 500 years ago, the philosopher Thomas Moore mentioned this idea in his book "Utopia." It is an unconditional basic income - the amount which is paid monthly and is enough to cover basic needs: housing, food, education. It must be granted to all without any conditions.

This is not the deed of the Government, and the right of each.

In addition, unconditional basic income would help to rethink our attitude to work. Now millions of people find their jobs senseless. According to survey In 2013, only 13% of respondents are really interested in what they do at work. In another survey 37% believe that their work is not needed.

Conducted many experiments on the introduction of an unconditional basic income. Perhaps the most important of these was held in Dauphin, Canada in 1974. Within five years, all the inhabitants of this small town received the guaranteed income. With the change of government had stopped the experiment and its results analyzed, only 25 years later.

Forget economist Evelyn (Evelyn Forget) found that residents of Dauphin are not only richer, but also smarter and healthierThe Town With No Poverty. Significantly improved performance of schoolchildren, 8.5% decreased the frequency of hospitalization. And people left their jobs. Work less steel only women with young children and students. Similar results were from experiments in other countries.

Naturally, everyone is wondering where to get money for basic income. In fact, it is less costly as it seems. For example, according to estimates Economists in 2013 to withdraw from the state of poverty of those in need in the United States, it would take 175 billion - a quarter of US defense spending, or 1% of GDP.

To get rid of poverty is possible, and we must all strive towards this. It is time to send the poor old things and toys. For example, instead of paying salaries to officials, which should help the poor, why not allocate these funds directly to those in need?

Greg Seyttl: If Apple does not change anything, she was in trouble
Tips Makradar

4 evidence that you are working too hard, and what to do
Productivity Health