Fiction and reality: robots from the movies and video games come to our world

Although artificial humanoid creation is mentioned in ancient Greek mythology, the first time the word "robot" was made into a play by Karel Capek (Karel Čapek) in 1920. Since the theme of robots remains extremely relevant to the visionaries and futurists. Many popular books, movies and video games offer their own versions of robotics development, and we decided to ask the question: how the authors were able to predict the real future? Whether modern engineers approached the prototyping of fantastic creatures? How did the genre of science fiction from reality today?

To find the answers, we have decided to recall the canonical robots from movies and video games, and to ask the known expert on robots, the first vice-rector of Moscow Institute of Technology (MIT) and the general director of the Moscow Business School (MBS) Eugene Pluzhnyk comment on them in terms of the current situation in robotics.

Kinoepos "Star Wars" fans gave a great Sci-Fi, the well-developed universe. It described in detail all: philosophical concepts, technology, star systems, species and, of course, a variety of types of robots. No need to be a fan of science fiction, to see one of the most famous duos in popular culture - models of robots C-3PO and R2-D2.

The first - a protocol android in his own words, which owns six million forms of communication. Hypochondriac, to gab verbose inclined to dramatize the event, this robot hates traveling and adheres to a variety of troubles.

His companion R2-D2 - astromech droid, the main function of which - aid pilots in interstellar flight. He communicates through a variety of noise - whistles, trills, squeaks and clicks, while many of his messages can be understood by the audience through the intonations of human speech modeling. Brave, purposeful and stubborn, he is extremely charming and at the same time more than once helped the main characters of "Star Wars" from a seemingly hopeless situations.

In the seventh episode of the famous duo joined robot BB-8 models - causing tenderness with droid original appearance as a freely rotating ball and the attached thereto cleverly Hemispherical-head. 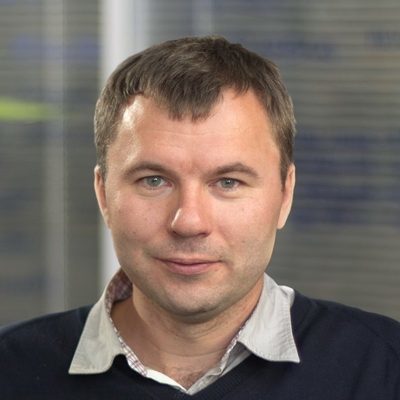 The idea of ​​"Star Wars" can be described as "science fiction with a human face." After the "Star Trek", which was released on 11 years earlier (1966 th against 1977), the creators of "Star Wars" it was necessary to strike the viewer all the trumps science fiction. Therefore, the robots in this series are emotional, charming and sweet, and not all anthropomorphic. In many ways, a pair of C-3PO and R2-D2 is chosen in nature and appearance in accordance with the laws of comedy, even guessed "Thick and Thin" by Chekhov. In general, the series is not set philosophical concepts, and operates as a robot theme dear and interesting to the public.

In reality, there is still no robot commensurate level of intelligence and interaction with reality, but deep neural network learning technology greatly encouraging. We have seen how computers acquire skills of communication. Already the program quite successfully pass the Turing Test - irresistible criterion to distinguish a person from communicating robot.

After a nuclear war robots-terminators with the remnants of mankind battle and sent to the past, to kill Sarah Connor first, and then her son, thus predetermining the outcome of final battle.

T800 model has a metal frame, resembling a human skeleton, and the appearance of Arnold Schwarzenegger. T1000 - a more advanced model of the moving liquid metal alloy, which can take many forms, copy the objects around them and to ignore the mechanical damage.

Before actors playing termination in the same movie, had a difficult task to portray the cyborgs who do not have any emotions, do not feel pity or remorse or fear and go to fulfill the tasks assigned by the shortest of all possible ways. It turned out well. And if the audience could experience more sympathy for the T800 in the guise of Arnold Schwarzenegger, who, sinking in molten metal, showing thumb, the relentless Terminator, battling against the people called only fear.

This film was released seven years later (1984), after the first "Star Wars", but during this time a lot has changed in the technological world. Space is gradually displaced from the minds of people to new technological phenomenon - computer and kosmoopery - cyberpunk. Therefore, in popular culture begins to actively exploit the theme of war with the robots.

How realistic are these forecasts? Ninety-two percent of experts from the American Association for Artificial Intelligence believe that scientists can not create a reasonable machine capable to surpass the human brain in the coming 25 years. So do not worry. Probably not much competition with the machines, and the union with them, such as adding to the human brain of the digital chip, enhancing its ability.

The last part of the video game Deus Ex continues to raise difficult questions about the technological ways to improve human nature and their consequences.

Using cutting edge technology, corporations offer people to improve their physical properties due to the implantable implants. Secured people gain fantastic new abilities and greatly facilitate your life. Thus there is a split of society: much of it finds that the interference with the human body is not allowed. Around this conflict gaining momentum builds up the whole story video games. The main character of fantastic access to all the benefits of technology. The player can feel what it is - to be a man who has become part of the robot.

Ethical issues cyborgization due to a problem of our identity. New technologies present us with the question: what will be our self-determination, when the neural network can copy us to the extent of passing visual, text and other Turing test? What will we, the people, humanity as a criterion? Who is he - a man of the near future?

Obviously, the technology of implantable implants can give a lot of features, but most people have a fear or aversion to change his body. Although, judging by the development of technology, people moving away from the monopoly of the consciousness and the idea of ​​"my body - my fortress." So soon we probably will see the explosive growth of implantable sensors, artificial limbs and improve our body at the genetic level.

Zoomorphic robots satellite Seth Duncan Mac and help the main character of a post-apocalyptic adventure ReCore save mankind in a battle with hostile robots. It is these three characters cause emotional empathy, despite the fact that they are made of metal soulless.

Thanks to the abilities and improving the skills of their biological prototypes, robots help his companion to win even the most powerful enemies. They jump, climb on the rocks, in general, to compensate the human possibilities where necessary. This is where the history of the union of man and robots exist in perfect harmony.

In today's world, engineers are often borrow ideas from nature. To improve the mechanics and kinematics robot created kangaroos and dragonfly robot. And it was recently made a robot skeleton of gold, which is made of silicone, and inside it is a muscle grown from genetically modified rat heart cells. It produces movement and floats on pulses of light (programmed to a certain wavelength). The robot swims in a solution of nutrients to the muscle cells lived longer. After six weeks of the experiment 80% of the cells have been retained.

The book and the film "I, Robot"

Fantastic plot of the classic works of Isaac Asimov attributes in the near future, in 2035, where robots have become a part of everyday life and help people in everyday affairs.

In the spotlight - Detective Del Spooner, skeptical and wary configured robots. While investigating the murder case of the scientist, he comes to the conclusion that a crime is guilty he created sentient robot Sonny NS5 series, refused to obey the laws of robotics. As a result, Spooner discovers that behind all this is something more - a whole system of VIKI (Virtual Interactive Kinetic Intelligence), which is programmed robots on a new series of non-compliance man.

Scenario classically illustrates the human fear of the uprising of robots that came out of control.

Isaac Asimov was the first who went on fear of spiders. He began to think about how we can get along with other intelligent life forms, and developed the ethics of robots - his famous laws of robotics. Unfortunately, in real life they are not yet able to be applied, but only recently became known that the British Standards Institution has published regulations to create robots. This means that this area will soon get even greater development, and will become more regulated, to avoid potential ethical problems.

And some examples of the gradual realization of fantastic ideas, you can remember? Share in the comments!

Amateur running does not hurt your knees
Sport And Fitness