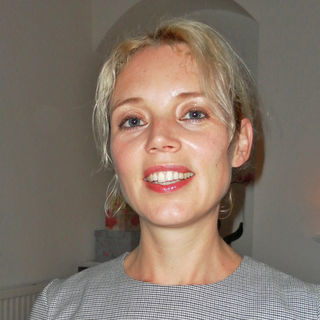 Literary critic, studies the history of medicine at the University of Kent in the UK. Exhaustion author: A History ( «History of exhaustion").

It all started with the mental and physical fatigue, a feeling of heaviness. Even the simplest things were taken all the energy and focus on the task was incredibly difficult. Trying to relax, Anna could spend hours to make monotonous and useless actions such as checking e-mail.

Together with the fatigue of despair come. "I was broken, disappointed and hopeless" - she recalls.

If you believe the media, fatigue - a modern problem. On television, often talk about the stress that we experience because of information overload, constant involvement in the flow of news and notifications. Many believe that our age - a real apocalypse for energy reserves.

But is it true? Or periods of exhaustion and energy declines - as much a part of our lives as a runny nose? Schaffner has decided to find out. Her book

Exhaustion: A History It was the study of how doctors and philosophers of the past determines the limits of possibilities of the human body and mind.

The most striking examples of burnout can be seen there, where there is high emotional stress, such as in health care. German scientists have foundJens Klein, Kirstin Grosse Frie, Karl Blum, Olaf von dem Knesebeck.Burnout and perceived quality of care among German clinicians in surgery. That about 50% of doctors in Germany suffer from emotional burnout. They feel tired during the day and in the morning the thought of the work spoils the mood.

Because depression is often accompanied by apathy and alienation, some believe that emotional burnout - just another name for the disorder.

In his book, Schaffner is an article by a German newspaper in which burn-called "elite version of depression" in the high-end professionals. "Only losers is depression. The fate of the winners, rather, former winners - emotional burnout "- says the author of the article.

And yet these two states are divided.

Theorists agree that depression leads to the loss of confidence or even hatred and self-contempt, which is not characteristic of burnout, in which thoughts about themselves remain unchanged. At burning anger is directed not to yourself, but rather, on the organization where the person works, or customers, or sociopolitical or economic system.

Do not confuse zapping and other disorders - chronic fatigue syndrome. A person suffering from it, going through long periods of reduction of physical and mental strength - at least for 6 months. In addition, many patients complain of pain at the slightest activity.

Our brain is not ready for modern lifestyles

It is believed that our brains are not suited to long periods of stress, so natural to the modern world. We constantly strive to improve productivity, to do more and better, to prove that we are, and to meet the expectations.

We are constantly confronted with pressure bosses, customers, and their thoughts about the career and money. The pressure is not weakened by the day, and levels of stress hormones is gradually increasing. It turns out that our body is constantly in a mode of struggle.

Cities are filled with technology, life in them never fades. During the day we are busy working, night watch movies, communicating in social networks, we read the news, with no end to receive a notice. And without being able to fully relax, we lose energy.

It seems that everything is logical: the modern lifestyle too hard for our untrained brain. But it turns out, the cases of burnout occurred in the past, long before the advent of gadgets, offices and notifications.

When Schaffner studied historical documents, it is found that people suffering from extreme fatigue long before the advent of modern cities with intense rhythm of life.

One of the earliest works of exhaustion belonged to the Roman physician Galen. Like Hippocrates, it is believed that all physical and mental disorders are associated with an imbalance of four body fluids: blood, phlegm, yellow bile and black. So, the predominance of black bile slows down blood circulation and clog the pathways in the brain, causing lethargy, weakness, fatigue and melancholy.

Yes, there is no scientific reason to this theory. But the idea that the brain is filled with a black viscous liquid, is consistent with the feelings of people who are tired.

When Christianity became a part of Western culture, overwork We began to be considered a sign of spiritual weakness. Schaffner gives the example of the work of Evagrius of Pontus, written in the IV century. Theologian describes the "noonday demon" that makes the monk sluggish look out the window and do nothing. This disorder is considered a lack of faith and willpower.

Religious and astrological explanations dominated until the birth of modern medicine, when doctors began to define fatigue symptoms such as neurasthenia.

While physicians have known that nerve cells conduct electrical impulses, and suggested that in people with weak nerves signals can be scattered.

Many prominent personalities - Oscar Wilde, Charles Darwin, Thomas Mann and Virginia Woolf - had a diagnosis of "neurasthenia". Doctors blamed all social changes associated with the industrial revolution. But a weak nervous system is considered a sign of sophistication and a developed intellect, and because many patients are even proud of their illness.

Some countries are still diagnosed neurasthenia. This term is used in China and Japan, and again, it is often recognized softer called depression.

But if the problem is not new, maybe fatigue and emotional burnout - just part of human nature?

Fatigue has always existed. I only have its causes and consequences.

In the Middle Ages believed cause "noonday demon" in the XIX century - the education of women in the 1970s - capitalism and ruthless exploitation of employees.

We still do not understand that provides a burst of energy and how you can quickly spend it without exercise. We do not know what the nature of fatigue symptoms (physical or psychic it), whether they are the result of exposure or effect of our behavior.

Perhaps the truth is somewhere in between. The body and mind are inextricably linked, and therefore, our feelings and beliefs influence health. We know that emotional problems can exacerbate the inflammation and pain, and in some cases even cause seizures or blindness.

We can not say that fatigue - it is only a physical or mental disorder only. Circumstances may cloud our minds and tie down the body fatigue. And it's not imaginary symptoms, they can be as real as the temperature in the cold.

Competent time-management as a cure for burnout

Schaffner does not deny that modern life is too much stress. But she believes that is partly to blame for our freedom and flexible hours. Now, representatives of many professions can work when they choose to, and manage your time.

Without a clear framework, many people overestimate their strength. Basically, they are afraid that does not live up to expectations, did not receive the desired, not to satisfy their ambitions. And it makes them work for wear.

Schaffner also believes that e-mail and social networks may undermine our efforts.

Technologies that have been designed to save our energy, only add to our stress.

If history has taught us something and so it is that there is no universal cure for fatigue. In the past, patients with neurasthenia prescribed prolonged bed rest, but boredom made it worse.

Everyone has their own way of dealing with emotional exhaustion. You should know that restores your strength and energy that triggers a recession.

Some people need extreme sports, others are restored by reading. The main thing - to establish the boundaries between work and leisure.

Schaffner herself has found that the study of fatigue, paradoxically, to charge it with energy. "I was interested in doing it, but the fact that many people in different periods of history have experienced something similar, comforts me", - she says.

Have you ever experienced fatigue and emotional burnout? How did you cope with the problem?