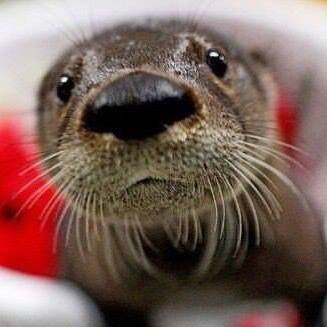 - Why do you refuse to be vaccinated?
- After she died, my grandfather.
- From inoculation?
- No, fell from the seventh floor.

By the nature of my work, I constantly monitor news science. Here are a half months ago, returned to Spain for a long time, it would seem, the defeated enemy - diphtheria. The six-year boy from Catalonia, whose parents refused to vaccinate, the first in 28 years (!) Spaniard, diphtheria. it did not come up to death (and mortality in this disease, even if treated well, about 10%), but the child was in intensive care, and the parents had received his sight began a series of vaccinations younger daughter.

Family sick just devastated, they recognize that they were misled, misinformed. They feel a deep sense of guilt, which we all help them to cope.

"Misled" and "misinformed" - it sounds pretty ordinary, when it comes to purchasing a product in the online store. Maximum, what you risk - to lose money and time. However, when it comes to

Medicine, as we know, has come a long way from the shamanistic dances and bloodletting with enemas to its modern state. It is evidence-based medicine has given unprecedented kick in the development of mankind. Such a kick that we now have as many as seven billion, although a hundred years ago there was only one billion of a penny. Someone is surprised, but the magic spell that teleported us from the Middle Ages to the present relatively good condition, only two.

These are the magic words: vaccines and antibiotics.

And in that order. First vaccinations made humanity less vulnerable to the most terrible infections. Later antibiotics transferred to those that we have not learned profilaktirovat, from the category of deaths in the status of moderately hazardous.

The cause of all forms of scientific frichestva - is, in fact, a consequence of the laws of physics. Namely the principle of entropy. Be stupid and ignorant are more likely than to be smart and educated (with the beautiful wording thanks to my friend and colleague Victor Surkov). It is very clear.

Not everyone well in school. Not every teacher is good enough to sensibly and unobtrusively implanted in the head of your child some basic facts about the world.

But how come the whole literate and intelligent people - responsible parents, often with higher education - to fool so that those in XXI century are ready to reject the advances of medicine, in fact, saving hundreds of millions of people to parlay their health (and others) children?

The simplest answer to this question is - ignorance. But the word is, in fact, explains nothing. Of course, all of these people have heard about the risks of non-immunization. Antiprivivochniki but somehow we managed to convince them that these risks do not exist in reality. The fact that it is all myth, pugalki corrupt media and cynical pharmaceutical companies.

What happened was that the science of the average parent is no longer trusted. He believes in the conspiracy theory, the attendants with herbs and home births. He believes in naturopathy and treated stones. And the transition from the most advanced (no kidding) to antivaktsinatoram health and HIV dissidents occurred in the memory of one generation. My generation.

And right we were talking about the vaccination of fluWhich does not promise miracles, but only reduces the risk of complications. But people refuse to vaccinate against things like measles, which transfer it to women during pregnancy, gives sickly chance of having a corpse or a child with developmental abnormalities. We are talking about polio, which is quite capable of killing your child or make an invalid for life.

So how do they do it?

Very simple. In addition to the primitive lie, in the course are the psychological manipulation and blackmail. No parent wants to harm your child. But it concerns the health of children makes people vulnerable to myths about the terrible dangers of mercury (thimerosal, thiomersal), which in one vaccine dose is less than the child gets the city with food, water and air in during the day. Moreover, this mercury is present in a vaccine in the form of soluble salts (and, accordingly, is available for the removal of the kidneys), but not in the form of vapor (which does not output).

By the way, there is only cheap thimerosal vaccine DTP, and then only because it is the multi-dose. Overcome paranoia, buy expensive vaccines in the same syringe without thimerosal. Bonus out of it yet removed the allergy-causing pertussis component parts.

Other frikozavra frightened terrible alumina (in fact, a simple alumina), which is present in virtually every step in the home and drugs - e.g., from heartburn and gastritis.

And again, there is a terrible formaldehyde that (suddenly) is a product of normal metabolism and Blood found in much larger quantities (2-3 micrograms per milliliter of blood) than in the vaccine (about 100 micrograms).

Alas, it is impossible to take all at once and give the rudiments of medical education, although it could, in theory, to solve the problem. But you can try systematically to dispel popular myths.

In this way we are going to do.

About rage and infantile

Not everyone knows that the most dangerous infection on the planet - is not Ebola and HIV. At first, though, and that is developing rapidly, there is a 30-50 per cent chance of survival. Second, although it is almost 100% mortality (rare cases of non-progressorstva does not count), but even without treatment leaves infected years of his life, but still docked perfectly with modern drugs, able to stretch the life for tens of years old.

The most dangerous thing in the world - it is the rabies virus. It kills completely and develops (from the first symptoms until the seam on the belly of mattress) per week.

Today we know of six (!) Cases of people surviving after clinical symptoms of rabies appeared. Of the four survivors were vaccinated against the virus, but the vaccine did not work.

Surprise: even if you are vaccinated, you have a 20 percent chance to die after being bitten by an infected animal. The percentage of this, by the way, is increased if taken after immunization with alcohol. And yet it is rumored that the only plant in Russia, which produced rabies vaccine, or is on the verge of closing, or have already closed.

The prospect of purchasing the vaccine for rabies abroad - a thing more terrible than the risk to make a mythical child autistic. Is not it?

But we digress. What I remembered about rabies.

The fact that medical science is not omnipotent and still many infectious sores or do not respond to treatment / vaccine preventable all, or give in to the difficulty (the same flu), antivaktsinatory managed to turn into an argument against artificial immunization as a such.

This consumer attitude has features some deep infantilism. Kind of like, "Well, if you can not get me the moon, so I will not eat your porridge."

That's just medicine - it's not a loving mother. And not even the harsh aunt. Correct to compare the medicine with heartless cad-sergeant, who, however, raises your chances with unrealistically bad until fairly nasty on the battlefield.

If anyone today refuses to advances in medicine, a doctor at best simply to warn him about the consequences. In most cases, succumbed antivaktsinatorskoy propaganda will not polite to mollify, sorting individual whims and complexes will not save his life, against the will of trying to return to the reality. Doctors that even in the movies are not engaged. Why is that?

Because this is the world of adults, and it is assumed that inhabit it mentally mature parents.

Another important point is that antivaktsinatory dangerous not only for themselves and their children.

These guys are undermining what can be defined as a public (group) immunity. If an infected graft surround - like measles and polio is almost defeated at the recent post mass vaccination - infection does not meet with the substrate to spread and does not cause epidemic flash.

This fact invalidates another argument, which love to throw the ignorant: "My friends did not vaccinate the child, but he grew up healthy." They do not vtolkuesh that the health of their children remain strictly because around more sane enough parents to protect grafting not only their children, but also the offspring idiot antiprivivochnika.

The principle of "for himself and for the guy" made humanity almost invulnerable to a very long list of infections. And some of them (small pox, measles and polio in part) literally destroyed. There is no longer a disease, such as smallpox. And thanks for that, by the way, the Soviet Union (WHO idea to finish smallpox vaccination polls pushed it Soviet doctors).

But this system of "collective defense" is not an impenetrable shield against infection. It should accumulate a sufficient number of social antivaktsinatorov as there appear gaps.

In general, people - terrible ingratitude towards science there. Over and over again there is the same: science does something useful, we use it, and then forget passively betray the source of its prosperity. And most uporotyh of "traitors" and more actively sawing the branch on which we sit.

Finally it is necessary to give a few words about another factor that contributes to the spread a lot antivaktsinatorskogo myth.

It is about media panic about bird flu and other potentially dangerous infections that so far, thank Cthulhu does not lead to the catastrophic consequences that portray the public media.

Most of this is reminiscent of the parable about a boy who liked to cry "Wolf!". When really came wolves, one that the boy is no longer believed.

But whether there is a basis of suspicion of physicians grain of truth? Should we be afraid of new infections?

Any sufficiently contagious new disease - a potential threat to humanity as a whole. "Road map" of the sores look like this:

If you do not try to oppose a new infection methods Medicine (quarantine, a ban on staying in public places, even slaboeffektivnye vaccination), as well as the noise in the press and mass preventive measures, believe me, it will be much worse.

The fact that evolution works non-stop. Mutations occur daily, and they are essentially random.

At any time you may appear quite tenacious strain in the environment of the new (or old) infection which is also quite noticeable to quietly spread before we have time to it react.

And there is always the chance that he still ushataet serious proportion of the population, plunging civilization into chaos. Planes have radically changed the epidemiological situation on the planet. The fact that in the Middle Ages from the infection would have taken decades, today happens in the weeks and months ahead.

There is one caveat: all the most dangerous for human infection - a new infection. Relatively recent (by the standards of evolution) passed to him from the animals. You understand why so much attention from epidemiologists birds, pigs and other smaller brothers?

Threats must be confronted preventively. And so the doctors (and after them, and the media) paranoid monitor even small outbreaks of new diseases. And to a large extent we do not get a lethal pandemic mankind precisely because selling the service of Aesculapius world behind the scenes every time manage to take adequate measures, and the media make a fuss, timely drawing attention society. The boy cries "Wolf!", And the danger passes.

But to lose vigilance is still not worth it.

30 exercises for hard cardio, that will leave you exhausted
Sport And Fitness

9 cakes with strawberries, which will disappear from the table in minutes
Educational Program Food

How to make yourself perform New Year's resolutions
Motivation