Two new items are Android One line, and the third, the most affordable, advanced to within Android Go program.

HMD Global Company at a special presentation in Moscow has presented the updated version of Nokia smartphones 2, 3, Nokia and Nokia 5. To distinguish them from last year's models will be on the "unity" in the title. 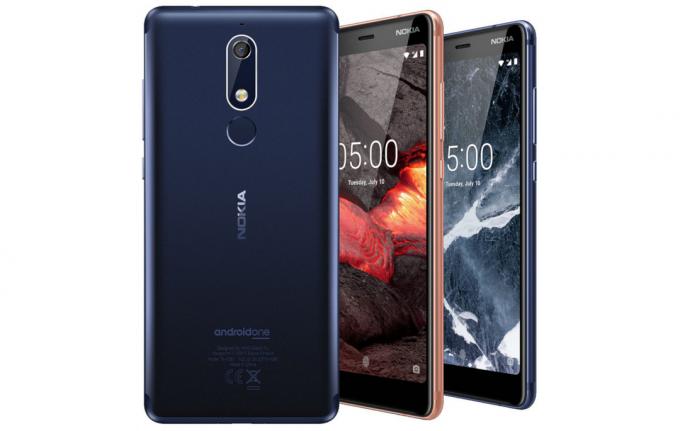 The most expensive of the three new products was the Nokia 5.1. It is the owner of an all-metal housing made of aluminum 6000-series. He received screen with a diagonal of 5.5 inches, a resolution of 2160 × 1080 pixels and 2,5D-protective glass of Corning.

Surprisingly, the smart phone equipped with a chip from MediaTek - this eight-Helio P18 with a clock frequency of 2 GHz. The memory volume may be 2 or 3 GB and built - 16 or 32 GB expandable microSD cards.

Home smartphone camera - 16 megapixel with an aperture f / 2.0 autofocus and phase. Front sensor 8 MP camera with a viewing angle of 84 degrees. The fingerprint reader is placed behind a photo module. battery capacity was 3,000 mAh. There is support for NFC.

Nokia 5.1 is based on pure Android Oreo and belongs to the family of Android One devices, and then updates it will receive one of the first. The device will debut in July at a price of 189 Euros (~ 13 800 rubles).

This is a simple model, which was a metal chassis and a rear panel made of polycarbonate. Screen - 5.2 inches with a resolution of 1440 × 720 pixels. From chips and scratches it protects 2,5D-glass Corning Gorilla Glass.

For performance Nokia 3.1 corresponds to an eight MediaTek 6750 supplemented with 2 or 3 GB of RAM and 16 or 32 GB internal. There is a possibility of expansion. smartphone battery has a capacity of 2990 mAh.

Among other things, it is worth noting support for NFC and, surprisingly, Bluetooth 5.0. Fingerprint reader is not a smartphone.

As Nokia 5.1, this new Android One refers to the line, and therefore, in net Android OreoWhich will definitely be upgraded to the next version. Nokia 3.1 will be one of the first in Russia, it is available for pre-order from May 30th. Price - 11 990 rubles. Home sales will take place on June 8. 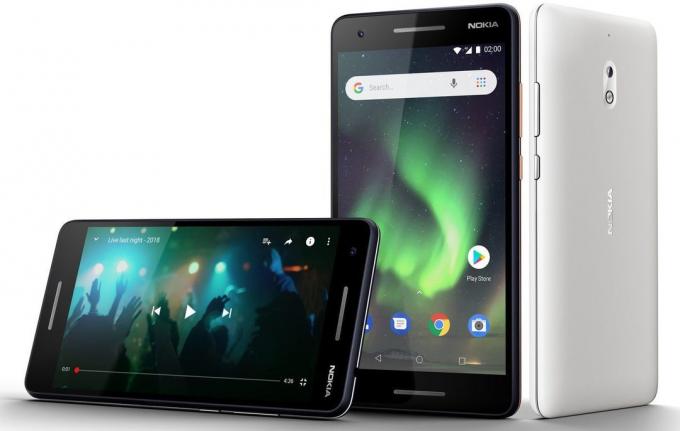 This is the most affordable of the new products, which was the classic 5.5-inch screen with a resolution of 1280 × 720 pixels. Responsible for the performance Qualcomm Snapdragon processor 425. The volume was 1 GB of RAM, and a built-in memory of 8 GB smartphone.

The main feature of the device was the battery at 4000 mAh, which should be enough for two full days of battery life. No less important detail - in stereo speakers, which is rare among the low-cost solutions.

Nokia 2.1 main camera has a resolution of 8 megapixels, while the front - with a 5 megapixel. Controls the smartphone operating Android Oreo Go Edition system, which was developed specifically for such devices available. Price smartphone for the European market will be 99 euros (~ 7250 rubles).

All three smartphones will be updated to accurately Android P. Quality support and hot fixes OS become one of the main advantages of Nokia smartphones, and the manufacturer plans to continue to support this course.

It does not seem a "stupid"
Work And Study Relations