Vivo NEX 3 is sold in a matt black box of unusual dimensions. Under the hood is the flap, and all components laid out below: smartphone, cover, manual, earphones and a cable adapter. 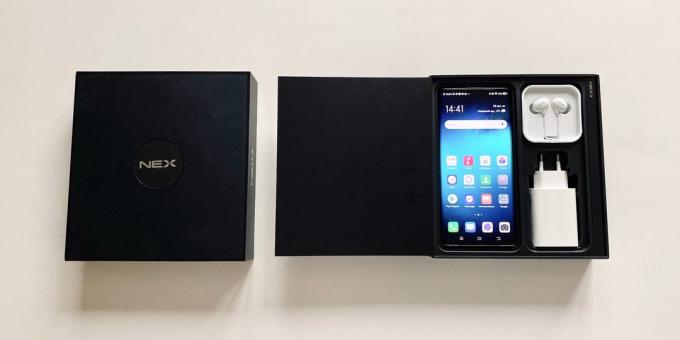 The smartphone is represented only in one color - "night shining". The first thing that catches your eye - a block with three cameras. It is round and is situated in the center, and there are lenses triangle. Located below the flash. 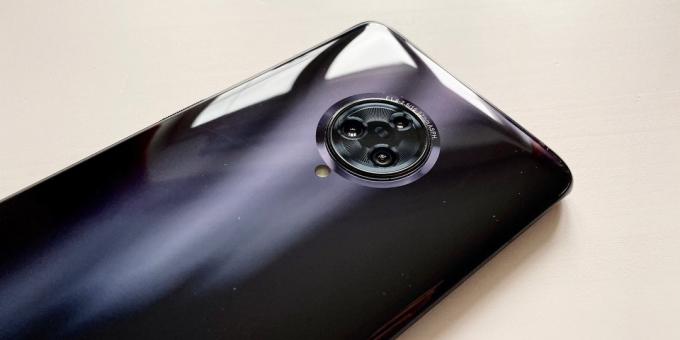 The second feature - the "waterfall" display, protected against accidental clicks. The side of the display curved edges and visible frame around them absent. The decision on the fan. 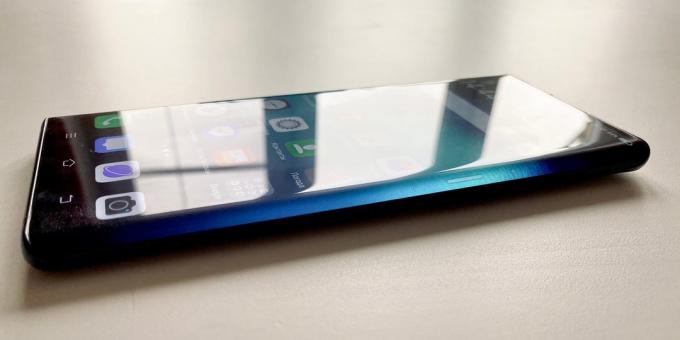 Screen size - 6.89 inches. It is powered by OLED-technology, it has a great stock of brightness, but not the best for their area of ​​resolution 1080 × 2256 pixels. Because of this, some of the icons on the display may be not too crisp. The next feature - traveled selfie camera. On the one hand, it is still a strange idea: smartphones with mechanical modules are less durable, and are not protected from moisture, and in their internal accumulated dust. On the other - the gadget would look less impressive, though we have seen under the upper edge of the parapet "drop" or "bang". 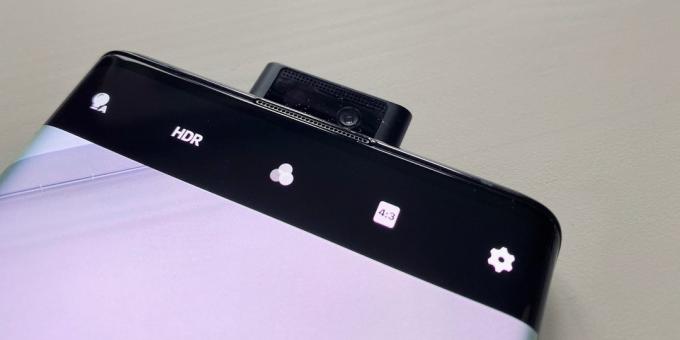 Unit with a camera and flash travels slowly. It should be used only for selfie: authorization of the person, though supported, but terribly inconvenient. The main way to unlock - fingerprint. The scanner is located at the bottom of the screen, it works quickly and confidently.

Vivo completely revised the conventional view in the side buttons. They are absent in principle, instead of them - sensors. Anyone who is responsible for food, has a ribbed surface and responds not click mechanical keys, and vibration feedback. Above and below it are volume sensors.

A strange decision: the main sensor is duplicated most conventional mechanical button above. She is also responsible for the extra device to reload. Vivo NEX 3 - it's not just big, but huge smartphone. He has a wide and elongated. This is not a problem for those who are accustomed to PHABLET, but in use almost immediately noticed cons of such dimensions. First, to reach the top of the screen, without going through a smartphone with your fingers, it is unrealistic. Secondly, the center of gravity is sometimes shifted so that the device is easy to drop. 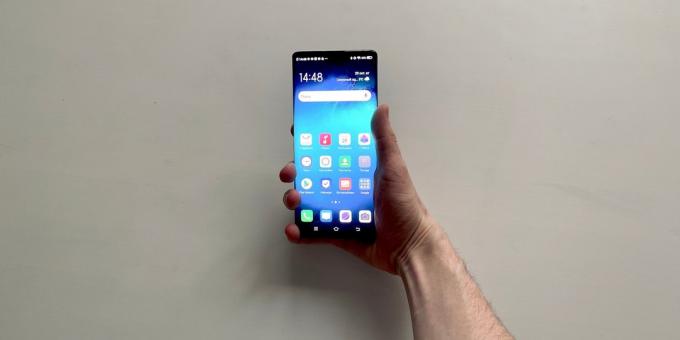 Included is a hard case. He will not break the glass and aluminum frame is not scratched. 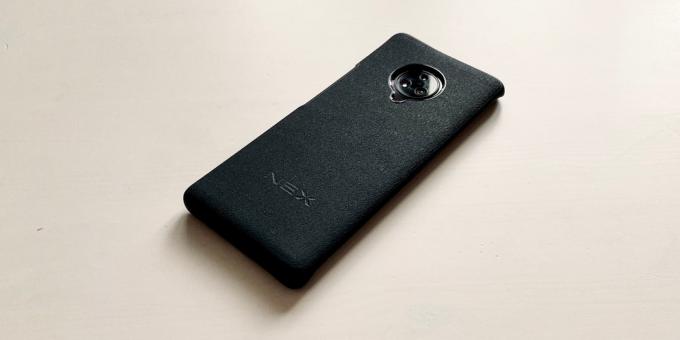 Externally Vivo NEX 3 - one of the most unusual smartphone. At the same time he looks discreet. Some solutions seem strange, but it does not affect the experience of working with the unit.

64 megapixel camera and a night mode

On the back are three lens. Chief - with aperture f / 1,8 and a resolution of 64 Mn. In automatic mode, it takes 16 to honest. These specifications we have seen in testing Redmi Note 8 Pro. Smartphone Xiaomi was three times cheaper, but the experience of shooting the same: excellent photos, but automatic mode is usually enough.

Here is a sampling frame of the magnified area. Left - automatic mode, right - 64 megapixels. The better the lighting, the more noticeable the difference. 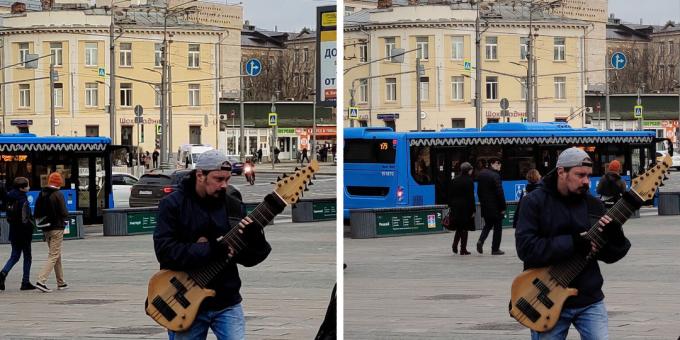 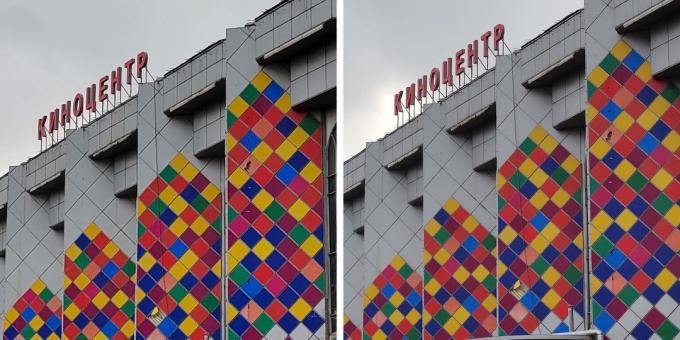 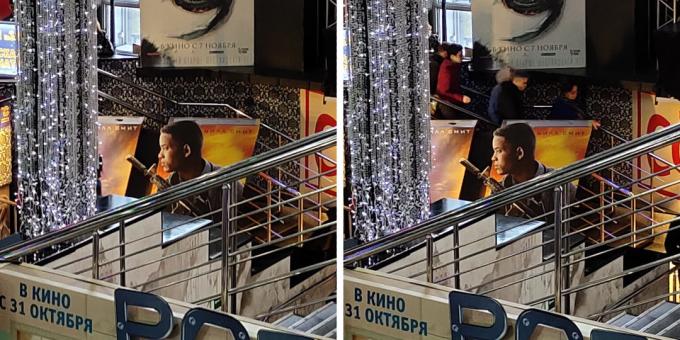 And here are some shots without increasing made automatically. 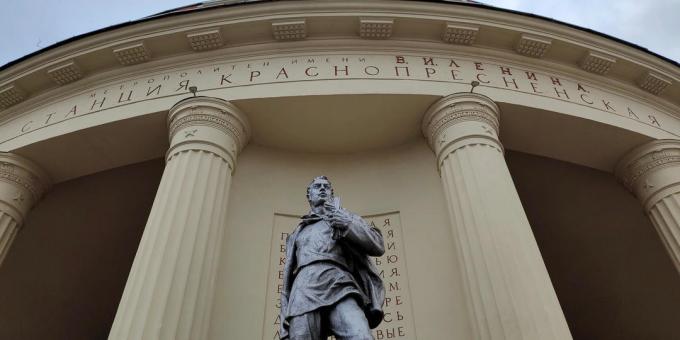 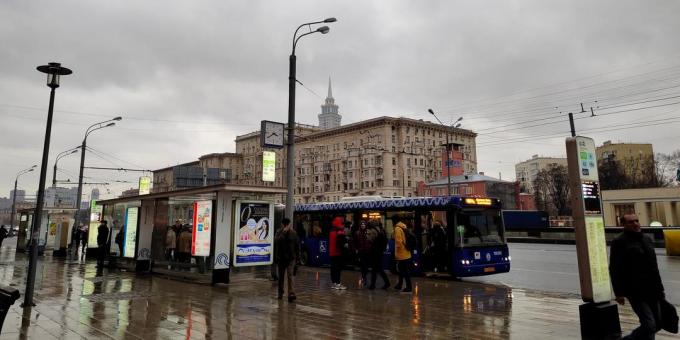 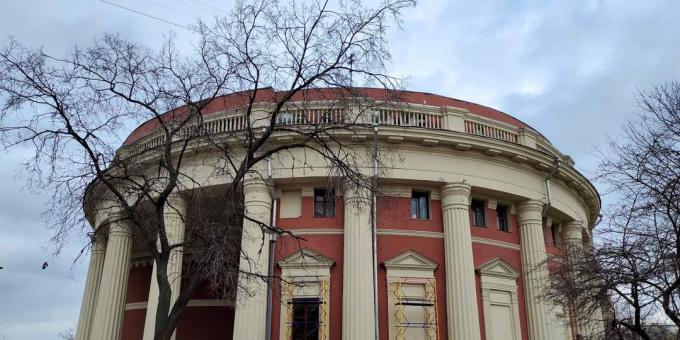 Next lens - ultrashirokougolny, with a resolution of 13 megapixels and aperture f / 2,2. He copes with the task in good light and almost useless when shooting at night. 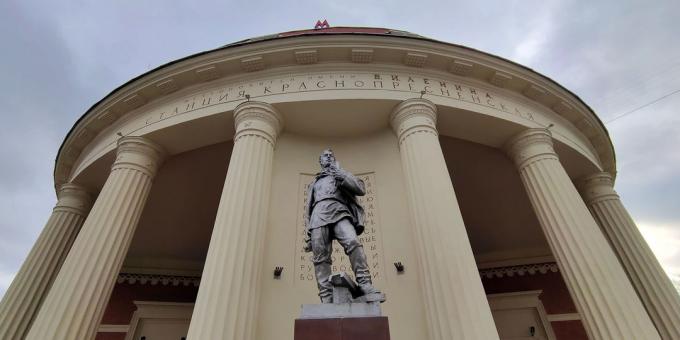 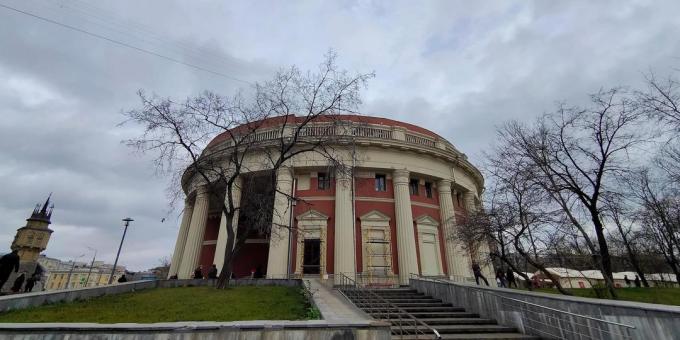 The third lens - full telephoto (and not simply the depth gauge). It allows you to take photos with a two-fold optical zoom without significant loss of quality.

When shooting is available in the main chamber night mode. The smartphone makes it just a few frames, and then the algorithms come into work. The result is a correctly exposed image, but without Peresvetov. 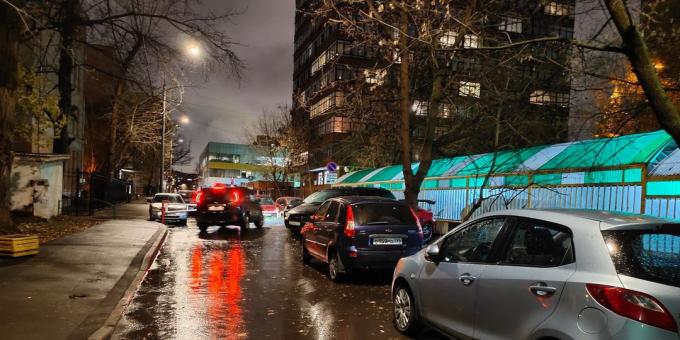 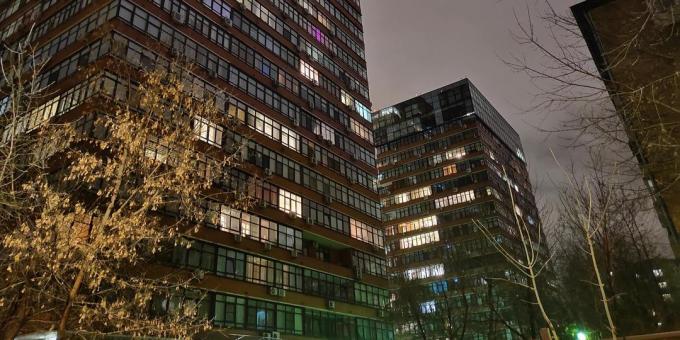 When switching to selfie camera included byutifikatorov set. You can disable them. Such pictures are no standard processing - often lubricated frame. Verdict: in Vivo NEX 3 it is difficult to find fault with the camera, but can not speak about new experiences. This level has long subservient to smartphones with less than half the price.

3 In Vivo NEX set top processor Qualcomm Snapdragon 855+ - such as, for example, geymerskogo Xiaomi Black Shark 2 Pro. RAM - 8 GB. With such set gadget in synthetic tests reveals itself at the level of Samsung Galaxy S10 and Xiaomi Mi 9.

It is also responsible for the performance of the drive standard UFS 3.0 - in theory, it is faster and more reliable than memory in most other smartphones. Complemented by all algorithms VCAP system which increases performance and reduces power consumption. During cooling at high load corresponds to the evaporation chamber.

The new version of the drive or algorithms VCAP manifest themselves in the work, feel hard, but the fact: Vivo NEX 3 very powerful. In multi-tasking mode, session COD and operating the camera lags, we did not notice.

CPU is not the only piece of iron, which Vivo paid attention. For example, the music playback is responsible audiochip AK4377A. This digital-to-analog converter from AKM Japanese company with an integrated headphone amplifier, which was developed specifically for the Hi-Fi-audiophile players and smartphones. Therefore Vivo NEX 3 can listen to music in lossless-format in good headphones. Regular speaker at the same time remained the most mediocre.

For autonomous battery corresponds to 4500 mAh. That's a lot, but the screen is 7 inches in incomplete actively spends charge interest, so that even a capacious battery can last only for a day. Everything depends on the usage scenario.

It comes fast charger with 22.5 watts, but is supported and 44 watt. But wireless charging appeared. 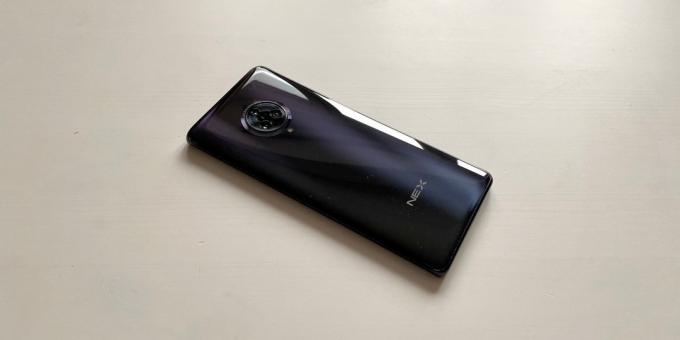 Vivo NEX 3 - a true flagship in many ways. These include one of the best of modern processors, capacious battery and the NFC, it does not occur in all Chinese smartphones.

In this case, every second item in the specification is any but. The screen is simply huge and has no borders, but the pixel density could be done and more. Audio chip supports music in high definition, but regular speaker - at any budget "Chinese". You can use the fast charge, but wireless - no longer exists.

Vivo NEX 3 is not ready to catch up with the main leaders of the market. However, it may appeal to those who are tired of the monotonous smartphones with proven design solutions.

The author expresses his gratitude to the company Vivo for providing the test device.