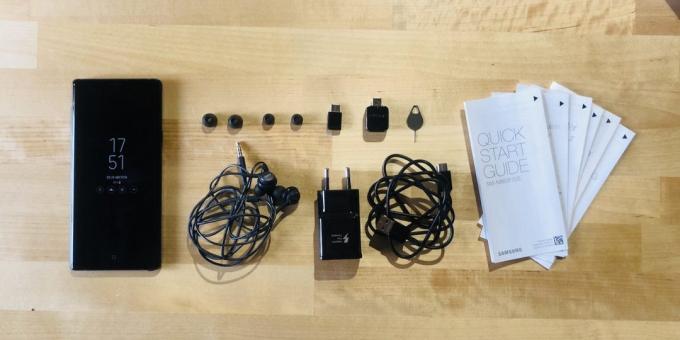 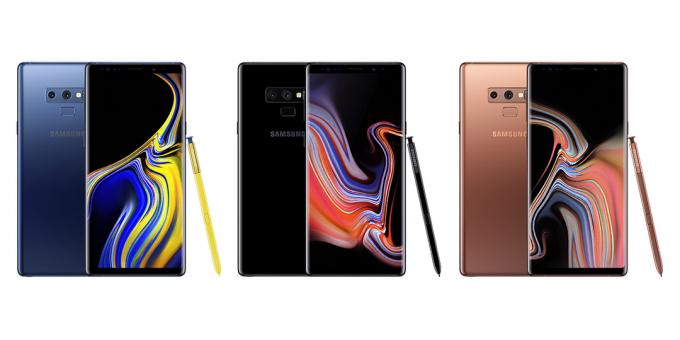 Note 9 sold in three color versions: indigo, black and copper. Depending on the color and the different performance of the stylus: indigo in it yellow, in black version - black, in copper - bronze. To my mind, we got the cutest option - indigo with dark blue hull and gold S Pen. 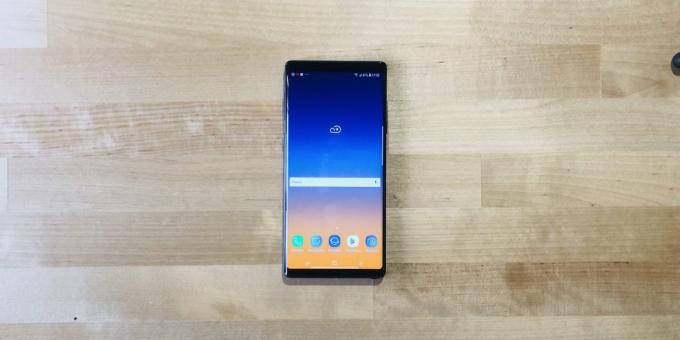 Note 9 frameless not a smartphone, but due to the rounded edges on the sides of a feeling that the screen almost fills the front panel. However, no accidental key and swipe does not occur. Nice and comfortable. Some users complain about the strange glow along the edges of the smartphone, but definitely nothing - it's just a glimpse inside the screen, resulting from the rounded shape of the display. 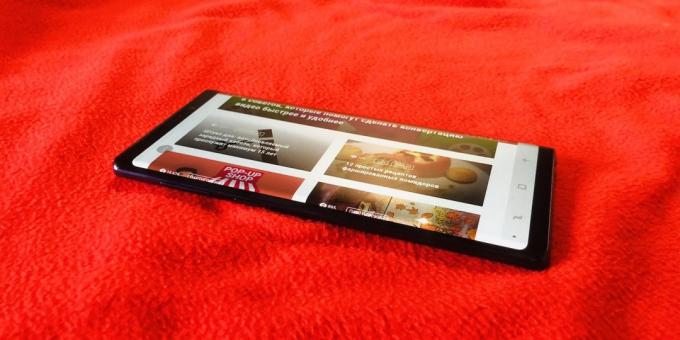 Top frame is allocated beneath the sensors, the front camera and the earpiece. On the verge - the opening of one of the microphones and the "cradle" for SIM- and microSD-card. Left - Volume buttons and Call Assistant, right - on and lock button. Bottom - another microphone, speaker, audio jack, USB Type-C input and stylus clicker.

The rear panel camera flash and fingerprinting. Hell of a perfectionist - main camera is like a couple of millimeters to the left, than you need. 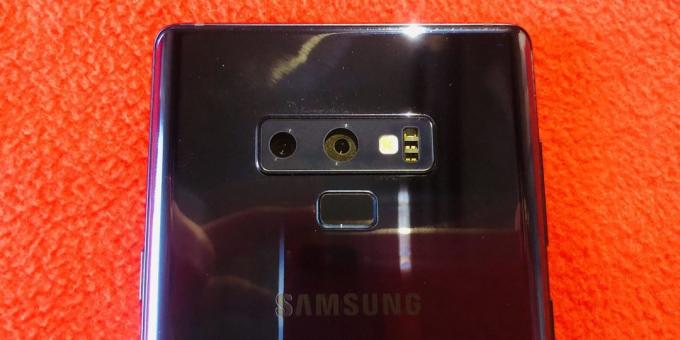 The smartphone is made of a smooth touch on the glass and aluminum frame. He was very thin, but feels nice in the hand. The rear panel is quite brand, but to call it a serious disadvantage when almost all smartphones do with a glass casing, is impossible.

Note 9 seems reliable and robust - at least, at the drop of an aluminum frame with it is unlikely that it will happen. And yet he is not afraid of dust and almost not afraid of moisture: the degree of protection - IP68. This means that it can be immersed to a depth of more than a meter longer than half an hour. 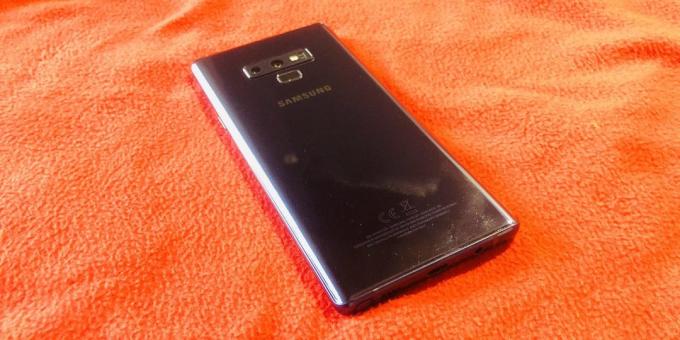 To find fault with ergonomics Note 9 still possible. Due to the fact that the body is thin, the thickness of the buttons is barely a few millimeters - to press them not very nice. Plus the eternal problem PHABLET - to use a fingerprint reader or press the side buttons, palm and then have to "walk" up and down. It is good that the weight is distributed properly and Note 9 can be used with one hand without fear of dropping. 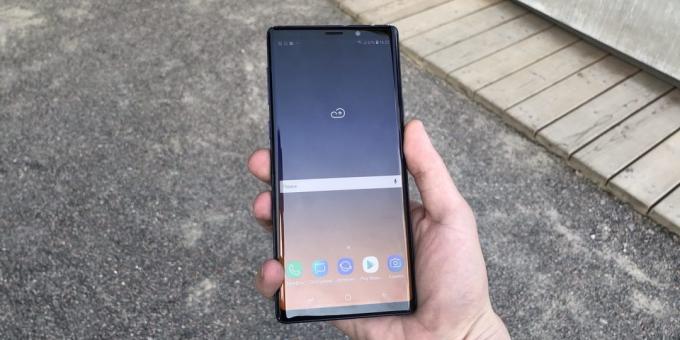 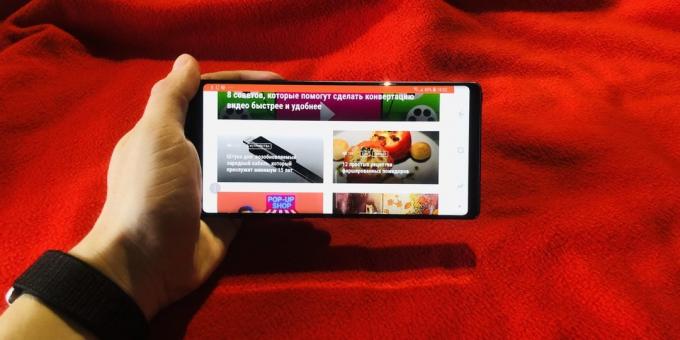 Diagonal - 6.4 inches. The screen is really great, and it is convenient - especially if you use two-mode applications on a single screen. This can be useful if you need to, for example, to simultaneously work in Google Docs and comment on the document in the messenger. 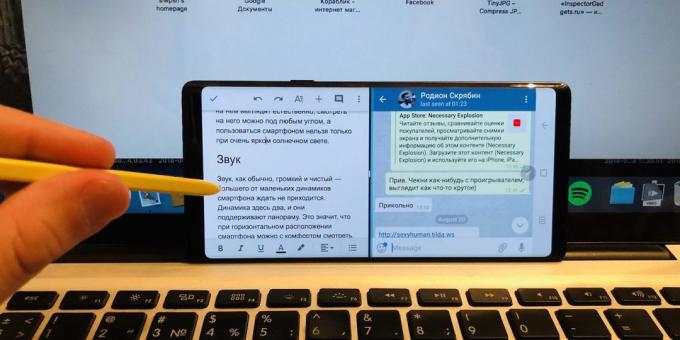 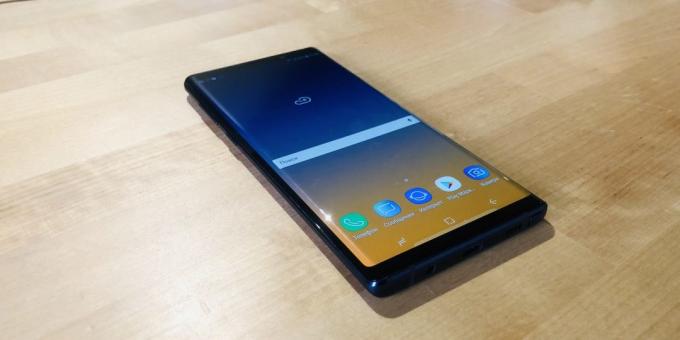 Screen - Super AMOLED from Samsung. It features the same as that of the previous models of the manufacturer: excellent calibration, high brightness, support Always On Display function, saving battery power while the screen is locked. To complain about the screen does not work - the colors look natural, you can look at it from any angle, and use the smartphone is difficult only in very bright sunlight.

Sound, as usual, loud and clear - no longer have to wait on small smartphone speakers. Dynamics are two, and they support the view. This means that the horizontal arrangement of the smartphone you can comfortably watch, such as a YouTube video.

A more Note 9 supports Bluetooth 5.0 - You can connect two wireless headphones or two speakers. And even customize it so that the sound went on the device does not sync, and from the different applications. You can include music from strimingovogo service column in the office, and to watch a video on YouTube in the headphones.

Interesting fact. Not that in 2018 someone interested in ringtones, but Samsung still has distinguished - some from official ringtones for calls were recorded well-known blogger and musician Andrew Huang. 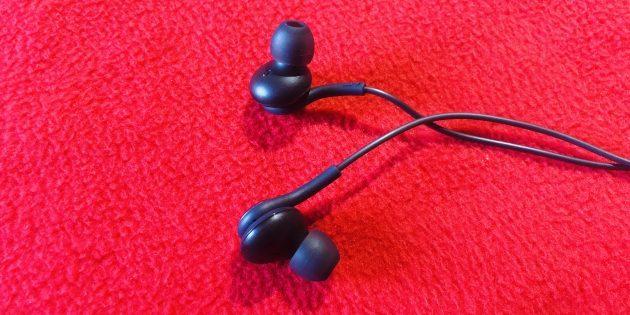 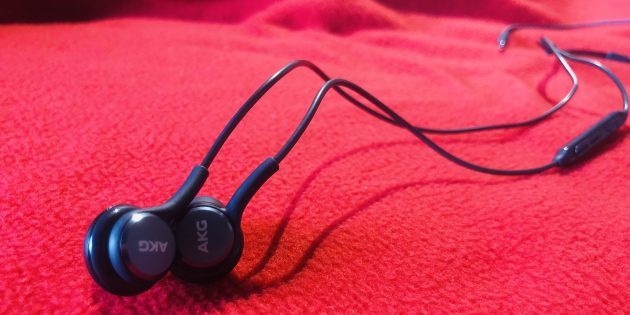 Comes AKG headset. Despite the fact that it is a brand with a reputation, which account for a large number of different headphones, the sound is not even a compromise. Mediocre in general, the sound. Ergonomics and tactile sensations are the same as with most in-ear monitor - for an amateur.

Note 9 fulfills the flagship title and a 12-megapixel dual camera. It allows you to get excellent pictures comparable to those that can be done on the iPhone X or Google Pixel 2 XL. In terms of iron are all excellent: there is a double optical zoom and even a mechanical diaphragm with two values: ƒ / 1.5 and ƒ / 2,4. The aperture is adjusted automatically depending on the lighting. The second lens is used for bokeh for portraits. 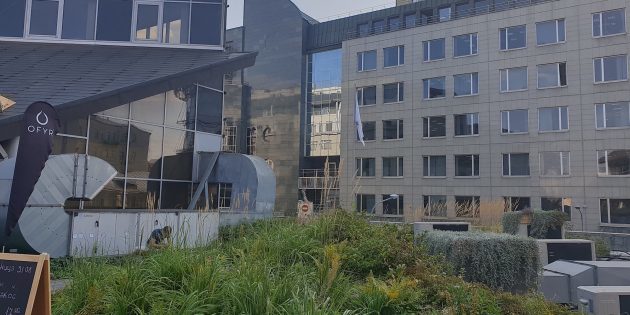 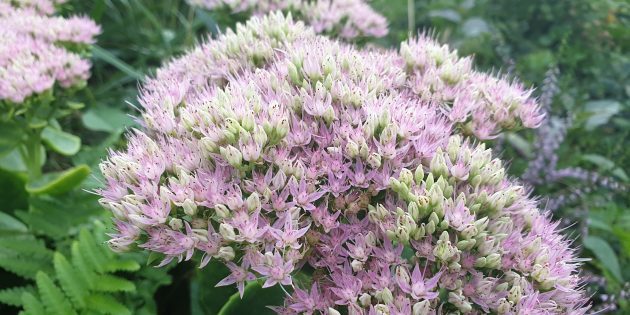 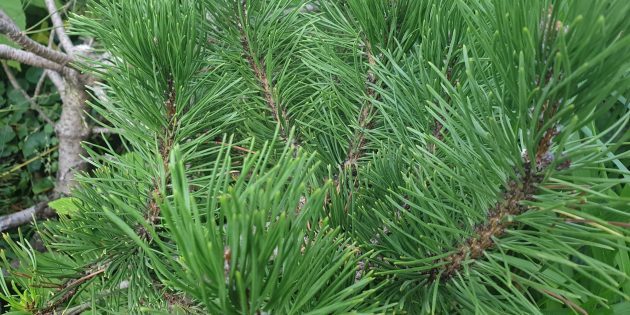 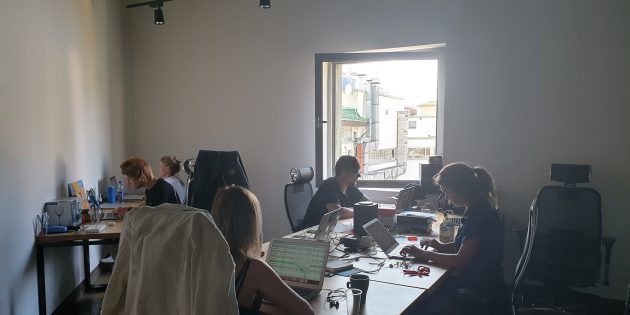 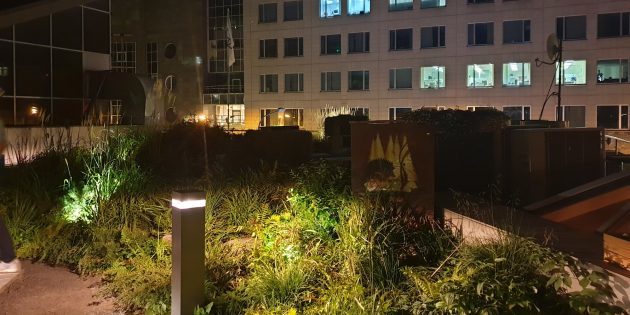 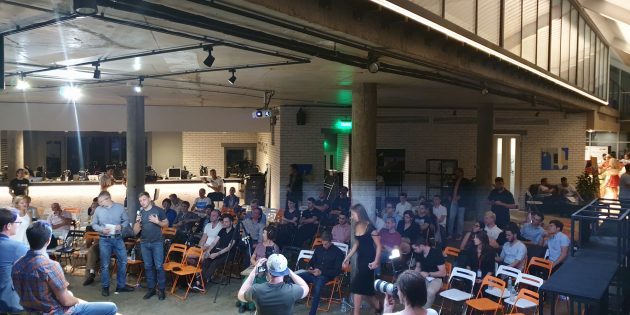 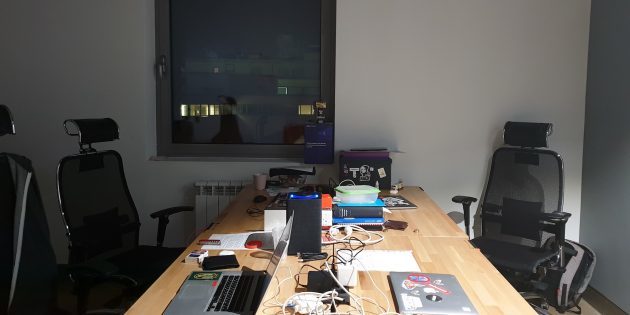 On the main camera can take pictures with a resolution of 4032 × 3024 pixel and videos with a resolution up to 3840 × 2160 pixels at 60 FPS. More Super Slow mode has video completely insane frame rates - 960 FPS. But fundamentally it does not change the situation - for most people this feature, which can be played several times, besides to create a slo-mo-video camera, you must first find the object for shooting. Until that happens, the time may already be lost.

All this is good in high resolution requires a lot of space, and in this regard, Note 9, breaking all records. If you take the modification with 512 GB of memory on board, and then insert the USB flash drive into a smartphone with the same capacity, you get a terabyte. Terabytes of space for your photos and videos.

On the front camera is nothing to say. Resolution - 8 Mn aperture - ƒ / 1,7. You can make great selfie, create "selfimodzi" and take selfie panorama.

It is understood that, comparing the flagships of the camera, we often say it is their programmatic work - all of them are about the same in terms of iron. And the results of this comparison are often dependent on the preferences. Example: we have seen how the portrait modes to Note 9 and iPhone X, pictures were very different. 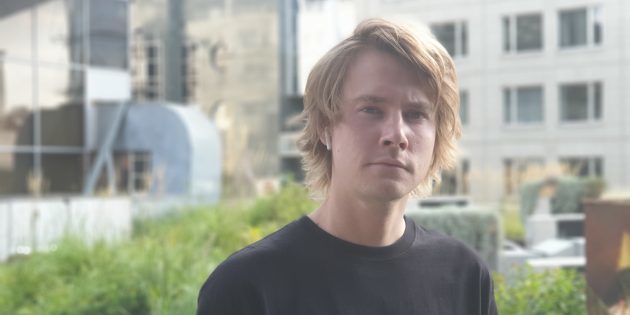 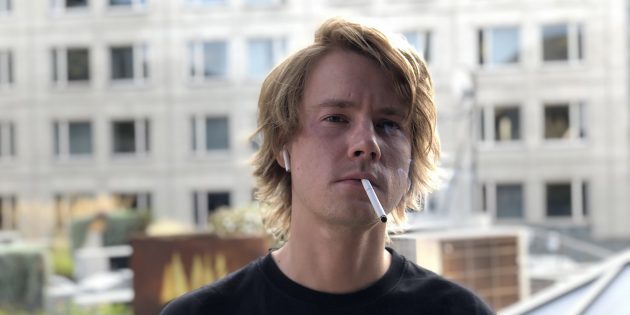 iPhone X stands out for its sharpness and color saturation, while the picture Note 9 is a more faded, pale, misty. Next nuance - clipping. On iPhone X it is sharper contrast. And these differences can be found in any shooting mode. Which is better - it's up to each their own.

Staffing camera app seems a little congested than often guilty of Android-smartphone. Here not only the manual mode and panorama mode, there is also a mask, "selfimodzi" and so much more. Fortunately, understand this is quite simple, and there is no need - features and add-ons quickly bored, and classic photos are almost always excellent processes automation. The application itself selects the desired mode for shooting (e.g., macro or night) and said even when the picture failed.

For lovers of poking around in the settings there is a manual mode where you can calibrate the ISO, white balance, aperture (optical), focus and even the type of metering. 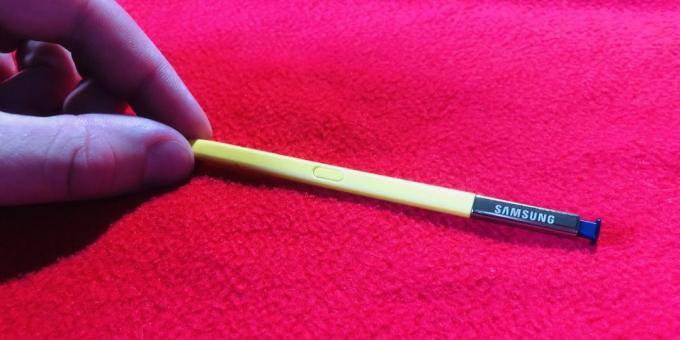 Stylus with a previous version of Galaxy Note has changed: now it has its own battery and works with a smartphone via Bluetooth - it can be used as a remote control. The charging station located within the smartphone, the charge is compensated in less than a minute.

The presence of the stylus is hardly a plus, especially considering that the electronic pens has long passed into the category options for artists and designers. In a common scenario with a stylus is easy to do - it is quite possible that many of the owners of the Galaxy Note simply forget about its existence. But the fact is - it's just nice to use. Dynamic "feather" takes into account the pressing force, and at the same goofy drawing in your notes, you can easily spend a couple of minutes. Clicker at the end nice to click - a real anti-stress toy.

If we talk about the features, here's what you can do with the stylus:

Stylus - the perfect solution for those who are accustomed to constantly create sketches, something to notice and fix. And yet it can be useful for those who work with the text - extracts, copies and translated into other languages.

There are several ways to unlock the smartphone: via PIN-code, fingerprint, face or iris. You can configure each of them and use the one that is more convenient at the moment.

For me, as an iPhone owner X, the most usual seemed smart unlock. This is a regime that combines facial recognition and iris. Smartphone selects the preferred method itself, and the system learns to recognize the owner quickly and adapt to the changes in his appearance. Smart unlock works confidently and correctly, but slightly inferior to the response speed of identification by fingerprint. But before fingerprinting must still reach. And the camera accidentally slap easily.

In one modification, that are sold in Russia, set an eight-processor Exynos 9810, running with four cores at 2.7 GHz, and four more - 1.8 GHz. Video card - Mali-G72 MP18. The result, as befits a flagship, is excellent. Nothing to complain about - all the flies, PUBG at the maximum speed does not lag. Geekbench test results in 4:

But the "parrots" in the AnTuTu:

Battery capacity Note 9 - 4000 mAh. According to the developers, this will be enough for 11 hours of video playback on a single charge. It is quite possible - within three hours of active work with the smartphone and runs Note 9 to benchmarks charge fell by only 15%. Battery life is more convenient to measure the days - and one, even an extremely active day Note 9 exactly stand.

With quick charging the battery is fully charged in a little over two hours. Supports wireless charging Qi and PMA.

Note 9 runs on Android 8.1 Oreo with the classic "samsungovskoy" superstructure. No complaints - everything can be used to, it works fast and looks even logical. There are many pre-service Samsung, Google and Microsoft - some of them are useful, and they can not be removed. Worst of all Bixby - assistant, who with Note 9 to constantly encounter: it opens on swipe left on the main screen, it even has a button on the whole body. Reassign it can be, but for me, the adept Jobs sect, it is now an event and dance with a tambourine. Note minus 9.

According to swipe to the right is called the Quick access to applications and contacts, swipe from the top - the control point. Bar which appears when working with a stylus, too comfortable - immediately clear how they can work with. In general, the interface can be called intuitive. You can simply turn on your smartphone and use.

Features of change and bold experiments Samsung again showed. Here is a list of innovations: 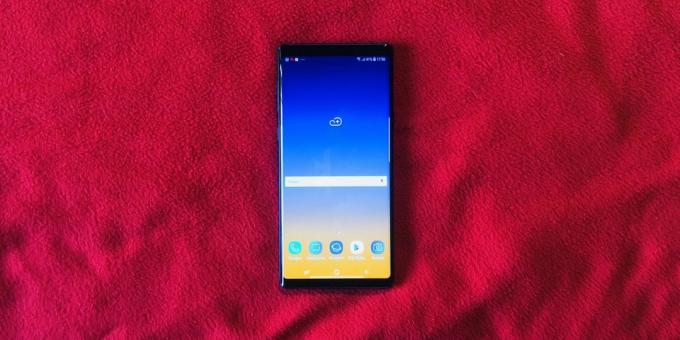 Samsung Galaxy Note 9 - an excellent smart phone and a strong leader of that pleasant to use, which has its own chips and character. Again - for those who love to draw and constantly sketching, but do not want to carry around a tablet, there is simply no alternative. For those who do not like to draw, but like to choose the best, Note 9 - one of the good options.

But the feasibility of buying Note 9 for owners of previous PHABLET series - a moot point. Changes hardly draw on grand, and the price, even with the participation in the trade-in program, out decent.

Price Note 9 - 69 990 rubles for the version with 6 GB of RAM and 128 GB of physical memory; 89 990 rubles for modification with 8 and 512 GB, respectively. Home sales in stores - tomorrow (31 August), and today you can still pre-order and get a wireless docking station for free.

Waste recycling and other ideas to save the Earth
News

Sunglasses, Nike Air running shoes and other things, which we owe to the cosmos
Forming Technologies