Why TV series "Chernobyl" from HBO worse than any horror

American HBO channel in conjunction with British Sky network will release a new mini-series dedicated to one of the worst man-made disasters in history - the Chernobyl disaster.

About the event already filmed many documentaries and feature films. But from the works of recent years it is likely the project will be the most striking statement about the tragedy. After all, despite the fact that the show filmed by Americans and Europeans, he was a really lively and realistic. But the main thing - the main focus is not on the accident and its consequences and reactions of different people from the higher authorities to ordinary housewives.

First and most important, what did the authors of the series - did not turn it into a traditional film-catastrophe. Although all the prerequisites for that. But instead of showing on the screen, explosions and destruction, the authors show the very accident with two main angles. From within - through the reaction of the plant employees - and from afar, as it is seen ordinary people.

The explosion itself looks a distant bright flash in the window of the Soviet simple apartment. And it is the most terrible thing, because so many saw him.

At the same time, the station employees do not know how to react. After all, many people simply do not believe that this could happen. In addition, the creators of "Chernobyl" went on to an even more important and hard step: they are added to the first series of the actual records of negotiations after the explosion. When still believed that only lights up on the roof of the station, and sent to the fire.

Here terribly self awareness of the disaster, the consequences of which the audience already knows and the characters yet. While at the station trying to understand what happened, people with children come to look at the fire, and even surprised its beauty.

And these everyday scenes of afraid of the future. Nurses at the hospital blamed contaminated clothing. One of the central characters scientist Valery Legasov reads the report and from the fright in his hands start to shake.

This is worse than any imaginary monsters, destroying the city to the cinema. After all shows real human reaction real events. Silence on the tragedy, panic near the hospital, where people are not allowed to see their relatives - it paid no less attention than the story of the disaster itself and the elimination of its consequences.

And here it is difficult to distinguish some of the protagonist. Legasov devoted more time than others. With him, or rather, to his death two years later after the explosion and the whole plot begins. But in general, the series covers the reaction of different people and shows how the tragedy through the eyes of the higher ranks, and his wife a simple fire.

It is equally important that the authors of the series could not go into excessive "cranberry"Creating visuals and story. Literally from the first frame, those who found the eighties, learn the most typical everyday moments: saucer with gilt edging, a trash can with a lid, pedigree cats, Soviet wallpaper on the walls, clothes. 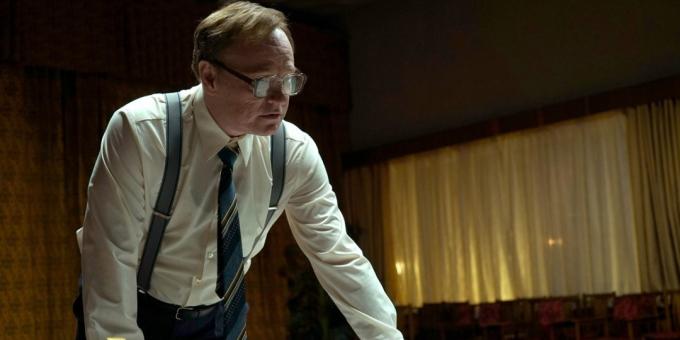 All this allows you to quickly forget about the foreign origin of the project. The more that the actors picked up very carefully, avoiding unnatural Hollywood gloss. Jared Harris even a portrait similar to a real prototype Valery Legasova. Stellan Skarsgård not so similar Boris Shcherbina, but it seems like a typical party leader.

Most of the main characters do not overplay, do not look like cartoons and do not try to copy a Slavic accent. They simply perform the role of human beings, and just 10 minutes to forget what they say they are not in Russian.

Of course, in some moments not without kinks. This is especially true of the Soviet leadership: a few times the characters break on rants about Lenin, the Party and the country, and in a tense situation, it looks almost comical. And ordinary people call each other comrades and turning on the first and last name. 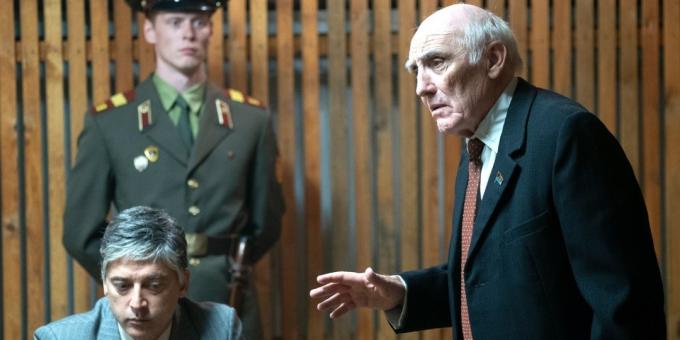 But this want to find fault with only the most skeptical audience. After all, the realism of the Soviet way of life would be the envy of the atmosphere, most of the Russian projects in recent years.

Apart from the already mentioned records of negotiations, the show can be heard ads on Russian and even a poem by Konstantin Simonov, who read over the radio. And it begins to sound even worse in the context of events.

According to Russian customs only conflagration
On Russian soil will lay behind,
Before our eyes, we are dying comrades,
In Russian jerked his shirt on his chest.

It seems that when you create a series writers have learned a basic truth. The Chernobyl disaster is terrible in itself, did not have to think. In this accident, its consequences and the investigation into the tragedy is already enough. Therefore, in order to create a truly catchy story, they had only retell what happened in fact, and supplement it with small descriptions of the lives of ordinary people.

Indeed, in the case of the story of the disaster at the Chernobyl nuclear power plant a reality worse than any fiction.

This does not mean that the authors precisely follow the letter of the documents. There is also a feature additions, and the characters that did not exist in reality. There are also some factual errors: for example, the fall of the helicopter, to cling to the tap shown the day after the accident. In reality, it happened six months later. 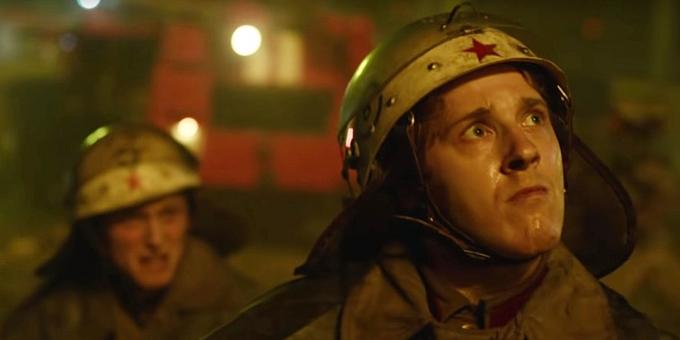 It's hard to say, it is a defect screenwriters or an art conscious move, but against the background of such inconsistencies are lost. More importantly, the "Chernobyl" is not trying to show exactly right or wrong. Here everything is mixed. And the same Shcherbina, which gives the impression of a typical bureaucrat, more often make sound decisions. A Legasov, on the contrary, says people in rumochnaia that they have nothing to worry about.

The actions of the majority of the characters shine through purely human motives. Someone is trying to shift the blame on the other, someone willing to risk their lives to save people, someone simply refuses to believe what is happening. But it is no secret that the guide really tried to conceal the accident itself and its implications, impermissibly long time leaving the residents of Pripyat in the dark. 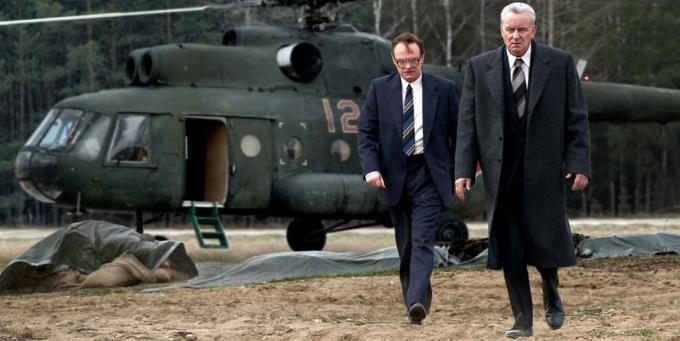 Naplevatelstvo in relation to people - it is the leitmotif of the whole story. But this is not a criticism of the Soviet system just for the sake of criticism, but another important point in the series scares its realism. Many die without even knowing for what, residents evacuated, without explaining the reasons. And it all looks terribly mundane.

Against the background of such content the eye does not notice the quality of the shooting, but they are really top notch. At the moment it is hard dynamic shaking hand-held camera, in protracted general plans - shooting from the air. Everyday scenes alternate shots with the dying animal. But all this does not violate the general restrained style of the series, filmed in pale colors, like a picture sprinkled ashes of the explosion. 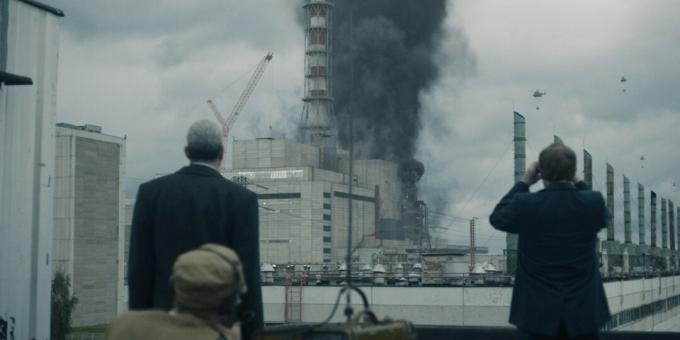 About the accident on the Chernobyl atomic power station were shooting a lot and probably withdraw more than once. But to date, "Chernobyl" from HBO performs all tasks entrusted to him. He recalled that the disaster, which over the years has turned into a myth and story for fictionActually it led to terrible consequences for many thousands of people. And, the worst thing in the time of the accident it is very few people realize.